My husband leaves for work, and  all of a sudden I feel like my child has come down with Substitute Teacher Syndrome (STS) . Y’all remember the excitement that you got when the teacher was out? The rules got bent and broken, and it was like a staycation at school. I should be messaging all of my substitute teachers and asking them for forgiveness. From my findings I believe that STS is embedded into every child’s DNA. As a matter of fact, some of us have Adult STS.

PJ knew that the Sheriff was out of town, and although I manage a large bit of the household, the authority and protection that we are used to having was absent. To a child that calls for two actions: more partying and more crying.  Either STS is real, or there was kingpin child dealing pixie sticks to my kid after church.

I tried not to make Paul feel guilty for being away, but I couldn’t help but share my grievances about his child. The time away allowed me to appreciate and pray for Paul in ways that I do not when he is here. It became apparent that I sometimes take my husband for granted.

Meanwhile, I enjoyed being able to stretch out in the middle of the bed like a starfish, and to wake up on Paul’s side without protest.  But I missed my best friend and the protection and security that he provides. Every night I had to check to make sure that the doors were locked- three times, and I left the lights on. Psalms 91 was my mantra.

Saturday Day #1–  We went to Target for therapy. It worked.

Sunday Day# 2 – I Murdered A Centipede.

It had literally been years since I killed something larger and a fruit fly. I’m not saying that I haven’t had the opportunity to kill a bug. I just let them live until my husband comes on the scene to blow the guts out them with his Raid gun.

Sunday night when I arrived home and turned the light on in PJ’s room, a house centipede was chillin’ right above PJ’s crib. My immediate reaction was a Steve Harvey-ish,

I walked out into the hallway and thought “Why Lord, Why?” The one day my husband is gone, a big nasty bug is in the house… and the kind that was Paul’s arch-nemesis at that. I thought

Lord, you want ME to kill this thing?

But because it was threatening my off-spring … It. Had. To. DIEEEEEE!

So I got myself together and said this scripture,

This is what should have been saying,

Look, I have given you authority over all the power of the enemy, and you can walk among snakes and scorpions and crush them. Nothing will injure you. (Luke 10:19)

When I finally got myself together, I grabbed Paul’s shoe (because I definitely won’t kill’n that thang with mine). I closed my eyes and faced my fears. I KILLED THAT JANK!

So I admit it… while Paul was “away,” he was actually in town. Normally he drives somewhere on the east coast, but this time he was away for the week at a nearby university. On this particular day PJ and I chose to visit even though our time with Paul was limited. When it was time to say goodbye I locked PJ in the carseat, Paul kissed PJ goodnight, and we were on our way back across town to our home. But before we could even get one mile off the campus, I smelled something terrible. It wasn’t like a dirty diaper smell. It was a violent grown man on a cleanse type of smell.

It was PJ.  I was very confused as to why it smelled soooooo bad. And I’ll admit, I gambled.. I thought if I drove a bit faster I could make it home without having to stop to change him. It was dark, and stopping to change a dirty diaper was the LAST thing that I wanted to do.

That gamble was over when I looked back to see that PJ was offering me a hand full of poop – like HE was doing ME a favor. As if he was serving me chocolate Cheetos made from the dust from his crack.

I pulled over at the nearest grocery store, wiped the chocolate Cheetoh goop off of PJ’s hands and face, and changed his diaper.  I grumbled in disbelief through the entire process.

PJ’s stunt was a cry for his daddy. We were both upset, but after a bath and a cry out to the Lord for grace, we were able to get a decent night’s rest.

Tuesday Day #4 12am Fedora – Yes this was happening at this time… Don’t ask why.

Bob and Larry watched my child.

Thursday Day#6 – Survival Mode – Anything Goes. I kept him alive with food and shelter and diaper changes.

What I realized was that without Paul around there was a big gaping hole in our family. In our different ways PJ and I were both crying out for Paul’s God-given authority over our family. It was so peculiar to me because having Paul around fulfilling his role as father makes me a better mother.

Having a husband to be a father to my children helps me to fully immerse myself in the role of a mother. I can nurture without limits. I can give hugs, healthy snacks, encourage, and instruct in a way that is completely natural to me.  During our  time without Paul, I had to take on his role along with my own which made me tired, irritable, and quite frankly, not good at either one.  After going to work, driving around to run errands, cooking dinner,  I didn’t have the energy to play with my growing toddler boy like Paul does. If if I wasn’t feeling well, oh well – rest wouldn’t come until PJ’s bedtime.

As much as society believes it is so, the father’s role can not be replaced. Mothers can never be fathers and fathers can never be mothers. If one could replace the other, those living without a mother or father wouldn’t cry out so desperately for that missing parent. If mommies could be daddies sufficiently, we would never ever hear the cries or grievances of those raised without their father. There would be no complaints because the job would be done efficiently by the one parent. But most make do with what they have available. God is the only one that can fully fill the void of a missing parent.

Even if my father and mother abandon me, the LORD will hold me close. Psalm 27:10

Now with all this being said, I tremendously respect those moms and dads who take on the enormous task of single-parenting. It is not easy. I was only on my own as a “single”  parent for six days and I was in awe at what so many women and men take on. They do it because they have to and because they love their children. And during my six days as a single mom, I didn’t have to worry about finances (expect on my trip to Target) or take on a second job to make ends meet. My six days alone with PJ were more like a pathetic mockery of the real-life circumstances that many families strive through.

I’ve lived in a single parent home and now I am blessed to be a mother in a two parent home. Quite honestly, from my experience, I don’t think I’m that brave enough to do what my mom and so many others have done. But I know that God gives special grace to those that need it.

Tell me about your time home alone without your spouse. What do you do?  How do you cope? Military wives (the other heroes), single moms, and wives with traveling husbands like mine I want to hear from you. 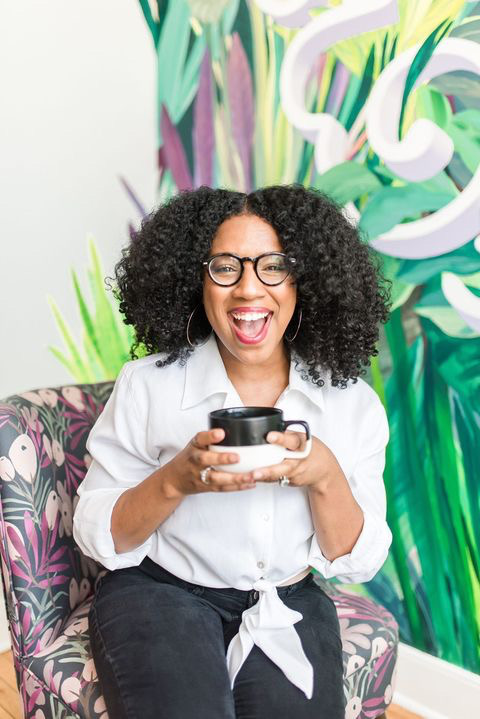